So your ZR-1 needs just a wee bit more power? 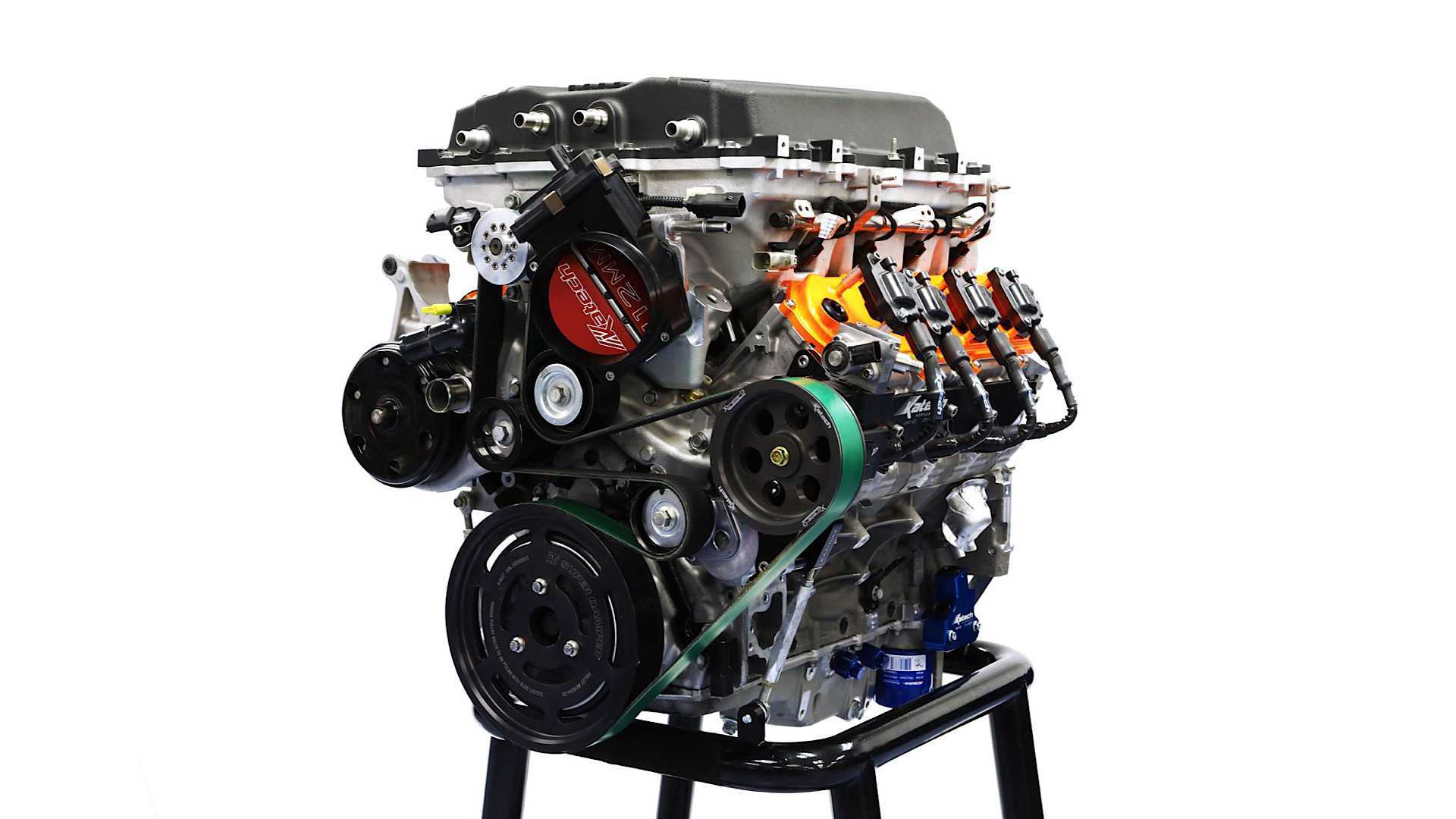 Chevy’s LT5 crate engine – a supercharged 6.2-liter V8 that once found purpose in the C7 Corvette ZR1 – is getting some love from Katech. Like, a lot of love. Earlier this month, the performance engine and vehicle builder unveiled the Katech Track Attack LT5 crate motor. It takes the mill’s 755 horsepower (563 kilowatts) and increases it by just over 40 percent.
The Katech mill makes 1,159 hp (864 kW) and 1,063 pound-feet (1,441 Newton-meters) of torque. That’s a sizable increase in power and is achieved with several upgrades and modifications over the regular crate engine, though calling a 755-hp box of engineering furry a “regular” engine feels disingenuous.
Modifications Katech makes to the engine include a choice between either Magnuson’s TBVS 2560 supercharger or Katech’s own CNC-ported unit. Displacement and compression both increase – up to 388 cubic inches (6.4 liters) and 10.3:1, respectively. The mill from GM is 375 cubic inches with a 10.1:1 compression ratio.
Inside, the mill uses Diamond Pistons pistons with Competition Valves in the CNC-Ported cylinder head that’s from Katech. There’s no pricing information yet from the company, but don’t expect something cheap. The LT5 from GM starts at $18,811, according to Muscle Cars & Trucks.
GM’s small-block V8s are popular with aftermarket tuners and builders for their compact size, high power density, and reliability. They’re versatile, fitting in a wide range of makes and models that couldn’t be more dissimilar to the Corvette ZR1 the engine came from two years ago.
Katech has a successful history building high-powered GM engines, building the mills for the automaker’s Corvette Racing Team. So yeah, the company knows what it’s doing with its Track Attack LT5 crate engine. And soon, you’ll be able to slip it under the hood of whatever your building in the garage. Well, almost anything.
Click to expand...