Status
Not open for further replies.

Joined Mar 17, 2013
·
15,658 Posts
Thanks to CorvetteBlogger reporting the following article by Mitch Talley:

We’ve waited 66 years for a mid-engine Corvette.
Now it looks like we’ll be waiting just a little longer on the 2020 Stingray.
That’s according to reports published Monday in the Detroit Free Press.
The newspaper says it has learned from two sources that the ongoing UAW strike will delay production and launch of the new mid-engine Corvette.

Officially, a spokesman for GM says, “As we’ve previously stated, Chevrolet Corvette Stingray production begins in late 2019 and convertible production follows in late first-quarter 2020. It’s too early to speculate on production timing impacts on any of our vehicles due to the UAW work stoppage.”‘
One source tells the Free Press, however, that “I know for a fact that this strike is directly going to affect the start of regular production for the mid-engine Corvette.”

The Bowling Green assembly plant reportedly still has 600 of the seventh generation Corvettes to produce once the strike is settled and workers return to work. The plant was originally slated to undergo a tooling change for the C8 this week and next week, then begin production of the 2020 mid-engine cars late this year. "That can’t happen because the plant hasn’t finished production of the current generation Corvette,” one source told the Detroit newspaper.

About 46,000 UAW workers went on strike nationwide at GM on Sept. 16. Details of a new contract proposal submitted by General Motors to the UAW on Monday morning are unknown, as the strike entered its fourth week.

The union is seeking a stronger guarantee that GM will build traditional vehicles, as opposed to electric or autonomous cars, in U.S. plants, a person close to the negotiations told the Free Press. GM CEO Mary Barra has touted an all-electric future and more self-driving cars as the best path for the company, which would transform primarily into a technology company that makes cars.

Joined 11 mo ago
·
26 Posts
This is upsetting news... I think I'm getting a ulcer from worry.
I always dreamed of owing a Corvette. Finally I got the funds, was able to place a order the day after of the C8's reviel, and now the strike hit..... Wow! Talk about rotten luck.....

Joined Aug 30, 2015
·
172 Posts
The strike will cost GM billions in revenue and when the strike is over, there will be an element of worker slow downs, disruptions and perhaps subtle sabotage to vehicles being manufactured. There are no winners in a strike, the company loses, employees lose and consumers will lose as well.
J

Joined 11 mo ago
·
26 Posts
They can go the way of Packard, DeSoto, DeLorean & many other manufacturers,,,, out of business!

Joined 11 mo ago
·
26 Posts
I'll just exercise my right as a consumer to shop from wherever I want. 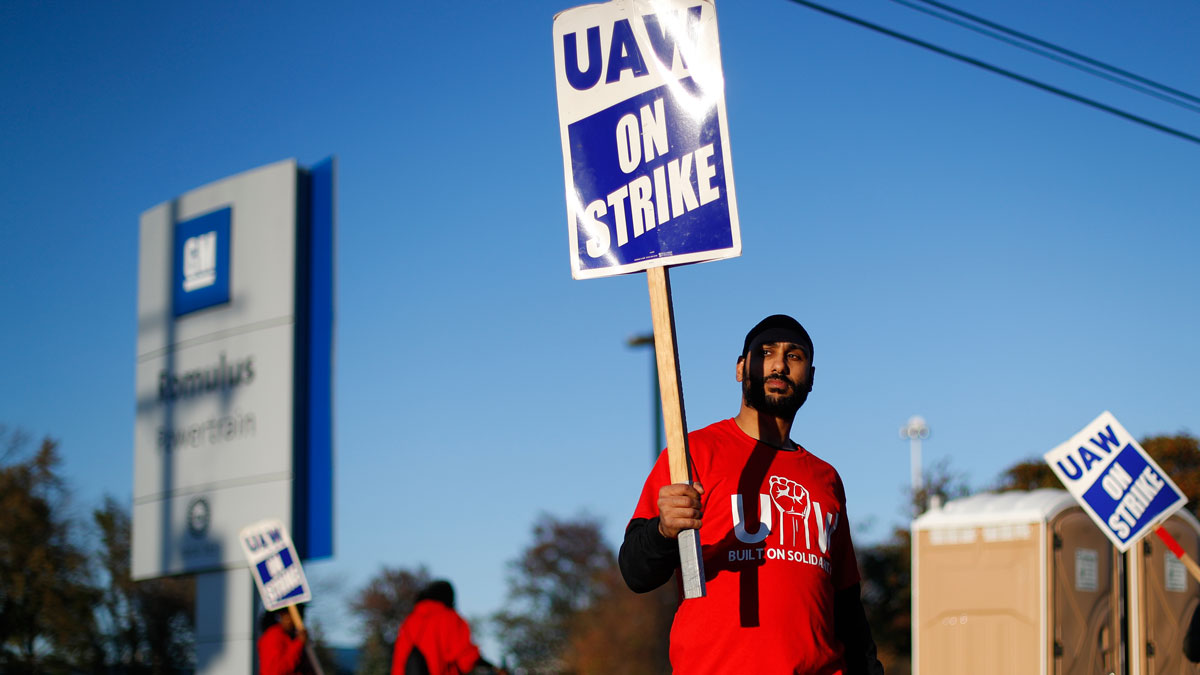 GM and Union Reach Tentative Deal That Could End Strike

Bargainers for General Motors and the United Auto Workers reached a tentative contract deal on Wednesday that could end a monthlong strike that brought the company’s U.S. factories to a standstill. The deal, which the union says offers “major gains” for workers, was hammered out after months of...

GM and Union Reach Tentative Deal That Could End Strike

Bargainers for General Motors and the United Auto Workers reached a tentative contract deal on Wednesday that could end a monthlong strike that brought the company’s U.S. factories to a standstill. The deal, which the union says offers “major gains” for workers, was hammered out after months of...

Status
Not open for further replies.